The nearby West Exe Halt was also effected by the new road.The Victorian rail bridge at West Exe had for some time been a traffic bottleneck and in 1971 after a lorry got jammed under the bridge,the metal beams of the bridge were removed and the site fell into disrepair.

The site remained the same until 1993 when the new road was built.The old railway bridge was totally removed and the railway bank was levelled.

These aerial photos from the 70's show West Exe Bridge with the metal beam removed,Stone Bridge and lastly the Exe Rail Bridge.The last picture is a view under Stone Bridge.

Hovver your mouse over this 1946 map of Tiverton to see the route of the new roads. 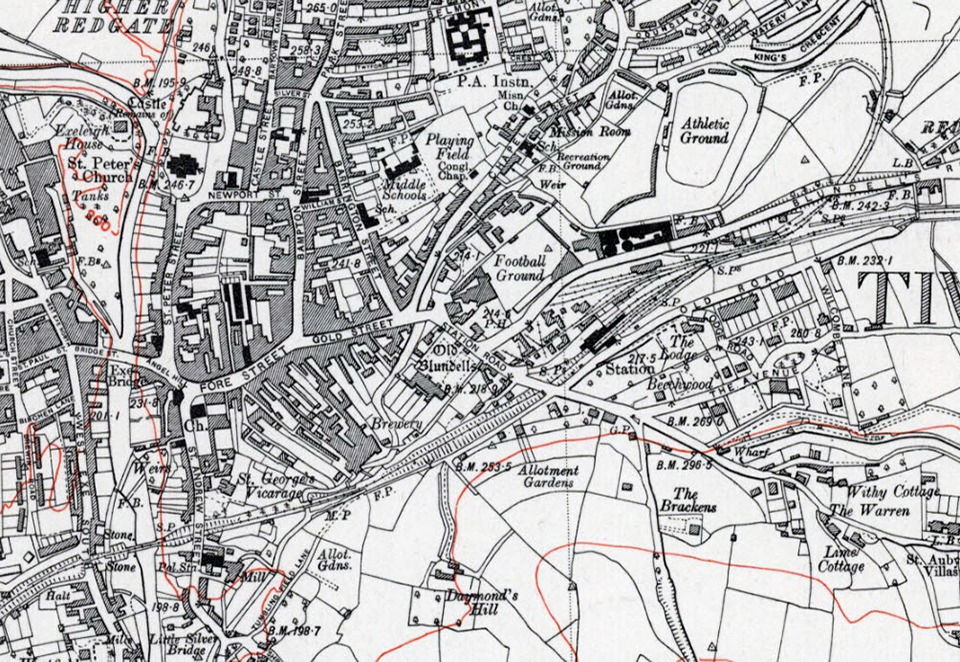