There had always been two main problems facing planners in Tiverton,flooding and traffic.Tiverton had always suffered badly from flooding,so during the 60's and early 70's Tiverton's flood prevention scheme was built.The Exe River had flood walls built along its banks,channels were dug and the weir improved.Tiverton's historic 400 year old bridge was also demolished in 1967 to help water flow,as the bridge arches would often become blocked with debris that would worsen floods.

Click on the buttons to switch between the lovely 400 year old bridge and the horrible,grey,concrete 1968 replacement. 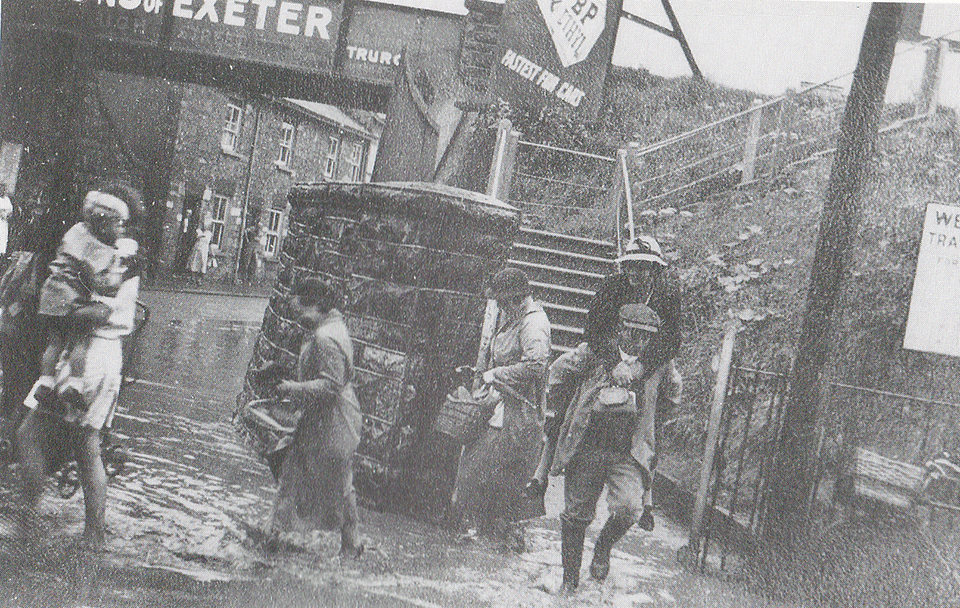